Newcastle’s first co-working space is bustling with more than 40 members doing amazing things in the community and even the world at large. Here we introduce you to six reputable individuals from our cohort and the waves they’re making.

Newcastle’s first co-working space is bustling with more than 40 members doing amazing things in the community and even the world at large. Here we introduce you to six reputable individuals from our cohort and the waves they’re making. 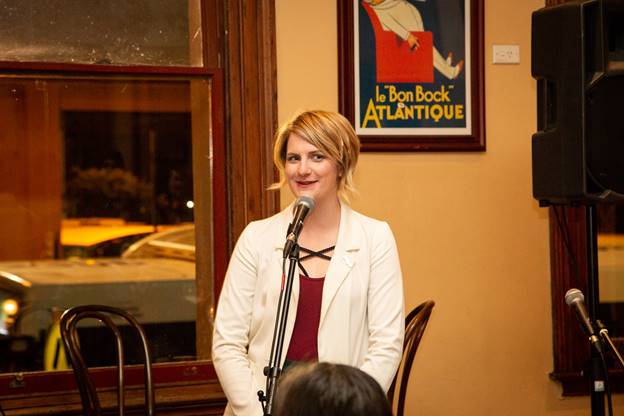 Chloe believes in the broad and multi-faceted benefits of diversity. She’s found that not only does diversity make the world nicer, but also that working with diverse employers can benefit your career; diversifying networks and projects helps everyone in the long term. Focusing on diversity is also a way to spread awareness of niche matters across different platforms.

For example, Chloe has organised many events marketed as being “sciencey” and then, naturally, they predominantly reached people already in science. With Heart Open, she created an arts/feminist community and then introduced them to the concept of science through an event where artists and scientists collaborated. No one was expecting it, and yet people were interested. For Chloe, this is the long game. Dave Donald is an architect who works in health, specifically in an NGO called Healthabitat on a program called Housing for Health. Currently, Dave is the director of this NGO, and he says certain parts of a home’s build affect people’s health more than others.

Dave trains teams of tenants and works directly with plumbers, electricians and carpenters to survey and fix houses. Mainly they work with Aboriginal communities throughout Australia, but he’s just finished a project with Navajo Nation in New Mexico. With 20 plumbers and electrician volunteers, they set up teams to survey and fix 10 houses. They made sure people had safe electrical systems, their flush toilets worked and their showers functioned properly. Nationally, they’ve run about 250 projects and have fixed close to 9,000 houses. 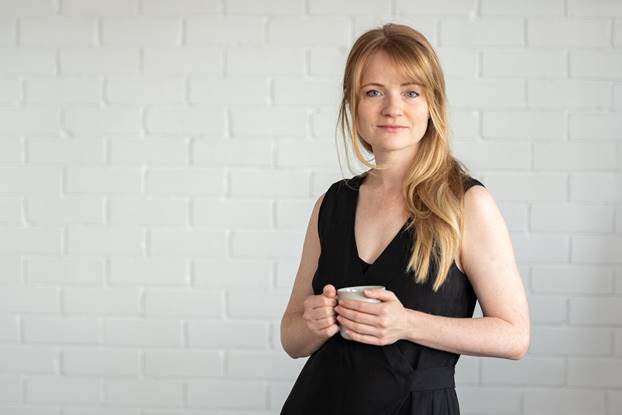 Alison Cheek is the head of corporate communications for a fintech company with customers around the globe. Prior to joining The Roost, Alison worked at the company’s head office in Paris and was able to maintain her job remotely in Newcastle.

Her company develops what’s called digital wallet solutions, primarily for emerging markets. With the help of her company, people who don’t typically have traditional banking services now have access to financial services.

According to Alison, today two billion people remain unbanked, without access to safe, secure and affordable financial services yet there are more than five billion mobile connections worldwide. The mobile phone is the most ubiquitous piece of technology on the planet and offers a unique opportunity for financial inclusion. Her company provides a software to any service provider so that anyone with a mobile phone can have a digital wallet.

This benefits people in emerging markets in parts of Africa, the Middle East and Asia. With a digital wallet, you can put cash into your account, take cash out and transfer that money. For example, if a person in a remote area moves to the city for work, instead of having to pay someone to physically carry cash to their parents, they can send it via mobile. Once they have access to these services, they can actually save money.

It’s great to know that while Alison sits quietly at her desk at The Roost, she’s helping to make positive changes across the globe! 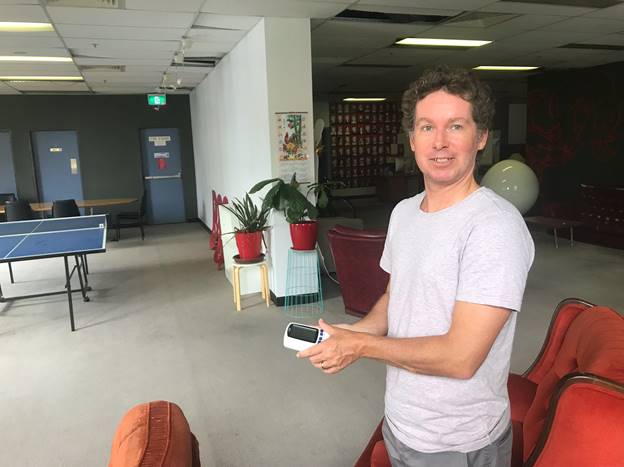 Chris Warris checking out our energy efficiency in the office

Rooster Chris Warris is doing some pretty cool things for Newy too. Chris has been working as an energy consultant for the last 12 years, and has been at the Roost for the last three. He’s worked with hundreds of businesses, and lately he’s witnessed Newcastle become more and more efficient.

Previously he had a business called BCW Carbon and Energy which was bought out by a larger energy efficiency and sustainability company called Northmore Gordon. Large energy users pay Northmore Gordon to help them save energy and money. They work with commercial building and manufacturing sites, identifying projects that can help them reduce their energy use. This can range from redesigning current pumping systems to looking at onsite renewable energy generation.

Chris thinks renewable energy just makes sense now; it’s financially the smart thing to do. The businesses that are proactive about their energy are the ones that survive.

The Roost’s general manager and everyday hero Bec Dujin, together with fellow Rooster, writer and creative project manager Zana Kobayashi, has been event co-managing the Newcastle Toy Run for the last two years.

The annual event, run by Bikers for Kids Inc., raises thousands of dollars and collects presents for underprivileged kids and their families at Christmas time.

While these ladies have been involved, approximately $70,000 and 50,000 toys have gone to the Toy Run’s selected beneficiary, The Salvation Army Christmas Appeal. One of the reasons this dynamic duo love the event so much is that generations of families have grown up with the Toy Run and now people who were once Toy Run recipients as kids are returning to pay back their good fortune.

These are just a few examples of our diverse crew of members! Follow us on Facebook and Instagram to keep up with more of the exciting projects that happen in our midst.