Young and free(lancing): an interview with Ashlee King

If you sit down and have a drink with recent uni graduate and graphic designer Ashlee King not only will you be shocked at all she’s accomplished in her meager 22 years of life, but also you’ll be inspired by the example she’s setting for her generation.

Ashlee graduated with a degree in visual communication just last year, and since then she’s been working as a freelance web designer for several work-hungry clients. This flood of well-paid work has been great for Ashlee’s wallet, and she’s currently working to make sure that along with paying her bills she can also fuel her travel habit.

“The most important thing for me is to have a job that I love,” she said. “I think my parents’ generation got brought up to get a job — not to love it. It doesn’t have to be that way.”

Ashlee joined the Roost in January and noticed how different and welcoming it’s been for her compared to a more “traditional” agency where she interned in Sydney.

She heard Roost members Bec Dujin and Alex Morris speak about the space during one of her design lectures at the University of Newcastle, and later Roost President Sean Bell encouraged her to drop in. Her freelance load was getting heavier, so she decided the super cheap student/recent graduate option the Roost offers was worth a shot.

“I thought initially it might be a bit weird to be at the Roost; you work beside people who are kind of like competitors,” Ashlee said. “But when you get there you see it’s not the case. It’s nice and open. You always have an opportunity to chat and get feedback on things.”

The first week she started, everyone went for drinks one afternoon. She loved finding out the different jobs people did.

“I didn’t realise some members were engineers; there were so many occupations” she said.

During her time at university, Ashlee spent a year and a half studying abroad in Austria where she found a paid internship with an agency in Salzburg called Miam Miam. Through this experience, she began to truly get a grasp on her craft.

“It’s important to see other cultures. I think that reflects on your design style,” Ashlee said.

At first her main focus in graphic design was branding, and for a while that’s what she thought she wanted to do. She’s since realised her true passion is user interface design.

“Branding takes so much conceptualization for me. I have a billion ideas I have to nail it down to one. For web design I feel like it’s what I’m meant to do, it’s easy for me to come up with ideas and stick to them,” she said.

When she returned to Newcastle from Austria she had only a few courses left to complete, so she decided to pursue a freelance project or two in her spare time. She landed a great client who liked her work, and he passed her information along to another. She’s been going strong since then.

“I had my heart set on going back to Europe when I graduated, but then freelancing became super busy. I feel like my network in Newcastle keeps expanding,” she explained as to why she’s happy to stay here for the moment.

She believes there’s enough work to go around for all freelancers in her field, but she knows that the people she graduated with aren’t all finding similar jobs just yet. She noticed some designers she graduated with seemed to be quite competitive, and reflecting on it now she says it seems so silly.

“Everyone has talents in different areas, for instance, I’m absolutely hopeless at illustration. Therefore we should be collaborating with others rather than looking at everyone as competition,” she said.

As this is the mentality at the Roost, this is another reason why she’s happy to work here.

“I think I got lucky but I also think I work hard. I don’t have a life anymore,” she jokes.

Though lately her life has been mostly work, she does make time to travel. For the last three weeks she’s been showing Australia to her Austrian friend. 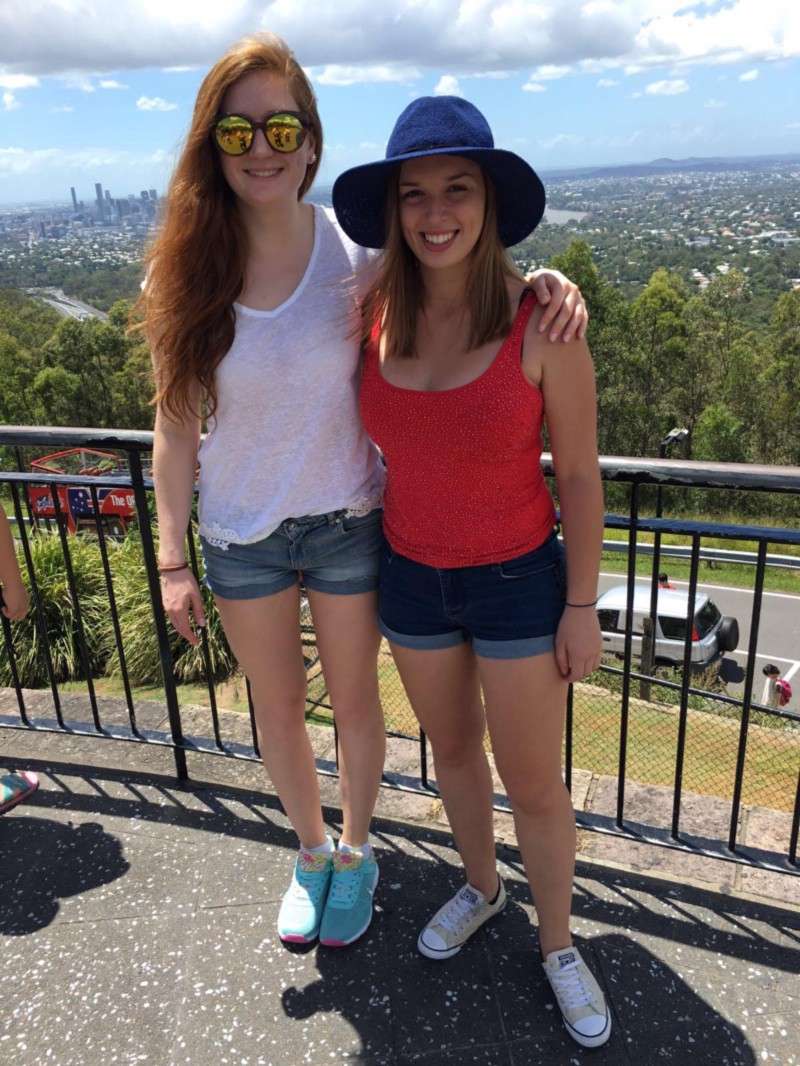 “I get so scared that I’m never going to do all the things I want to do before I have to settle down. I want to see so many places, but eventually I want a family,” she said.

She hasn’t even had time to market herself yet, and her website isn’t where she wants it to be. She wonders what kind of work she might find if she actually promoted herself.

Well let us know about that, Ashlee, because this one’s on us. 😉

To learn more about Ashlee visit this: www.tangentcreative.com.au.